The Absurdity of TV Licences in the UK

There’s a funny little rule in the United Kingdom that requires all citizens who own a television set (specifically those watching & recording live tv) to pay an annual fee to purchase a license that grants them the right to DVR/PVR television shows that they legally subscribe to.
Regardless of whether it’s over-the-air television stations or streamed through the internet or an active satellite or cable TV subscription, UK residents have to pay money every year for the privilege of watching television. If that’s not bad enough, this cost varies based on what kind of TV set you have.

It’s £53.5 ($72 USD) for a black and white license, and £159 ($126 USD) for a color license. I suppose if you have both an old monochrome and color TV, you would have to pay for both licenses. It’s also unclear whether you have to buy a license for every TV you own – which could quickly add up – especially if they quantify tablets and smart screens capable of streaming live TV channels through a set-top box as licensing requiring devices.

The fees are rationalized as helping to finance BBC and other state-funded television channels and makeup 75% of the total income. The costs are also not fixed and expected to increase with inflation, as early as April 2022. Apparently, this has been a long-held tax on the folks in the UK and doesn’t seem to be as hotly debated as it would be if this law were imposed on the US or practically anywhere else in the world.

What makes this policy even stranger is that those over the age of 75 are eligible for a free license and those nearing the ripe old age of senility are eligible to buy short-term licenses towards the dream of not having to pay to watch the Eastenders or Faulty Tower reruns.

In typical fashion, hospitals, schools, charities, and businesses are still expected to pay for their license, while crown corporations and royal affiliations are exempt from paying or requiring the license.

If you’re blind or have a serious vision impairment, licenses are half-priced and those in residential home care services aged 60 or over get a discounted rate of £7.50/year. This is such a weird and bureaucratic approach to raising funds that they have numerous clauses to govern how specific groups will contribute to what equates to a tax on television.

The definition of when a TV license is required is so vague and obtuse that nearly any modern internet connected device with a screen would qualify as requiring a license. Imagine, if every tablet, phone, smart display, chromecast/apple tv or technology capable of displaying video was required to hold its own separate license. That would mean a lot of money funneling into the public coffers of the BBC.

Radio and security cameras seem to be exempt, along with pre-recorded DVDs and IPTV services. The UK also enforces the law sending enquiry officers to investigate whether a house owns a TV and has a valid license. While these enquiry officers do not hold police powers, such as the ability to enter a house to investigate – they can apply to the magistrate for a warrant to do so.

Why anyone would let them investigate without a warrant is bizarre. It seems an awful waste of tax payer dollars, and worse – they have obtained special vans referred to as TV detector vans or buses that scout out neighborhoods to identify where a TV is on and find TV tax evaders.

In 2014, they caught over 204,018 UK residents evading the tax license law. Oddly they found that 70% were women, which was consistent across the UK. 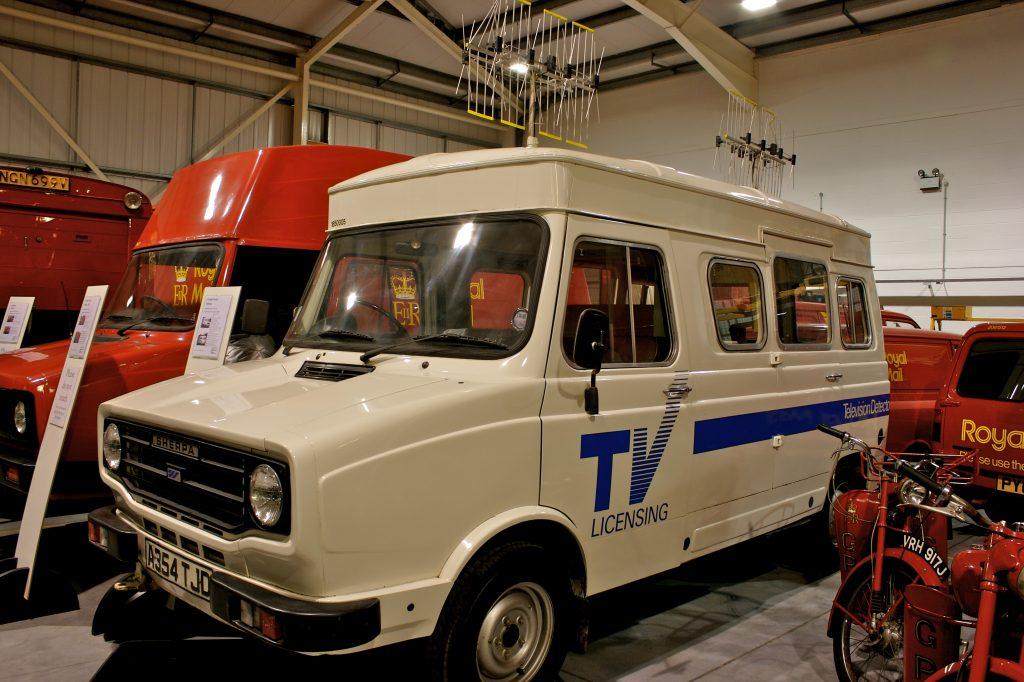